This morning I found myself in the rare condition of nodding in agreement with former Secretary of State Condoleeza Rice as I perused this Time article by Jon Meacham.

A recent Council on Foreign Relations-sponsored Independent Task Force report on US Education Reform and National Security put me in this state. Rice is a chair on the task force which found, (shock!), that our crappy educational system will leave our ignorant and dumbfounded descendants in charge of our increasingly insecure nation while we watch reality tv in our nursing homes. Assuming, of course, we leave behind anyone clever enough to nurse us or financially secure enough to keep us alive and not eat us.

Suggesting that our educational system poses a threat to national security at first seems outlandishly dire, not because I don’t believe we’re failing our children on that score, but because I’ve always tended to place a much lower value on the ‘national security’ rhetoric than the over-40 set. To the people of my generation the phrase ‘national security’ is usually code for spending ridiculous gobs of cash on shameful neverending war. But in reality, national security is, or should be, so much more than so-called defense.

Today, the State Department is struggling to recruit enough foreign language speakers, U.S. generals are cautioning that enlistees cannot read training manuals for sophisticated equipment, and an after action report from the XVIII Airborne Corps in Iraq found that out of 250 intelligence personnel, less than 5 had the “aptitude to put pieces together to form a conclusion.”

Pretty sad considering we spend more on K-12 education than most other developed nations.

The first bit is obvious. We are basically the only developed nation that doesn’t value mastering at minimum one foreign language. The norm of having everyone else in the world speak to us in English has deprived us of the mental benefits of being multilingual as well as isolated us culturally.

The second bit is frightening. If we must insist on having fleets of killer robot planes and enough overpriced high-tech equipment to defend the whole planet from alien invasion, it’s almost scarier to think operators can’t read the damn directions and might accidentally kill us all.

But, sadly, the report goes on to say this and totally loses me:

States and school districts should give parents a much wider range of educational options so that children are not trapped in failing schools. Choice is especially important for poor parents who are more likely to live in districts with underperforming schools; mobility gives these children vital options. Enhanced choice and competition amongst schools, in an environment of equitable resource allocation, will fuel the innovation necessary to transform results.

This notion is dead wrong, and part of the reason real education reform has not been forthcoming.

Education should not be competitive, but collaborative. “School choice” ignores the fact that the entire public education network is in place because every child has the right to education regardless of class, regardless of neighborhood, regardless of parentage. If a child is “trapped” in a “failing school,” the remedy is not moving to a better school, but fixing the school. As President of the American Federation of Teachers, Randi Weingarten, says in her dissent in reference to privatization of schools, “A move away from that public system could do greater harm to our national security and common bonds than doing nothing at all.”

Public schools should never compete with one another for students. I realize Americans worship at the free-market altar of ‘competition’ and ‘choice’ but public education is not on that table. Public education should be equitable. The only time choice serves public school children is in the case of specialty or magnet-style programs such as science and engineering schools, vocational schools, arts schools, etc.

Core curriculum such as reading and language, history, math and science, however, should be meaningfully taught at every single public school in the country. And by meaningfully, I mean collaboratively and creatively, giving students the tools to intertwine these subjects into a comprehensive understanding of the world they live in so one day they can run it.

Maybe those of us who value education should seize on the national security rhetoric’s obvious appeal so we can move the $42 billion the federal government spends on elementary and secondary education under the impenetrable umbrella of defense spending. It might become as untouchable, sacred, and eligible for increase as all those drones our kids are too dumb to pilot. 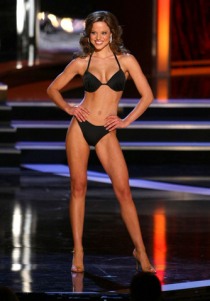